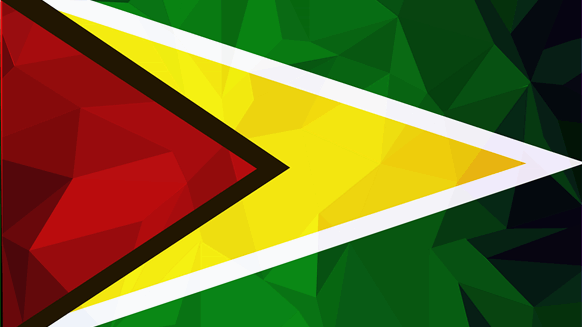 Exxon Mobil Corp. and partners Hess Corp. and CNOOC Limited reported over the weekend that the Liza field in the Stabroek Block offshore Guyana has achieved first oil.

The production start-up occurred less than five years after the first discovery of hydrocarbons and heralds Guyana’s emergence as a significant oil-producing country. According to operator ExxonMobil, oil output from the first phase of the Liza field should ramp up to 120,000 barrels per day (bpd) in the coming months and the first cargo should be sold within several weeks.

“This historic milestone to start oil production safely and on schedule demonstrates ExxonMobil’s commitment to quality and leadership in project execution,” ExxonMobil Chairman and CEO Darren Woods said in a written statement late Friday. “We are proud of our work with the Guyanese people and government to realize our shared long-term vision of responsible resource development that maximizes benefits for all.”

77彩票注册官网“We are proud to be a partner in the development of this world-class resource and look forward to continuing to work with the Government of Guyana and the Guyanese people to realize the remarkable potential of the Stabroek Block,” remarked Hess CEO John Hess.

“We are very pleased with the commencement of production ahead of schedule,” Xu Keqiang, CNOOC’s CEO and president, commented in reference to Liza achieving first oil. “The Stabroek block continues to achieve unparalleled success, which will be a key driver of our production growth.”

According to ExxonMobil, at least five FPSOs will be producing more than 750,000 bpd from Stabroek by 2025. The second FPSO, Liza Unity, is under construction and will be capable of producing up to 220,000 bpd in the Liza Phase 2 development, the company noted. It also stated that front-end engineering design is underway for a potential third FPSO – the Prosperity – to develop the Payara field pending government and regulatory approvals.

“We are proud of FPSO Liza Destiny reaching first oil for our client and the people of Guyana,” Bruno Chabas, CEO of FPSO owner SBM Offshore, said in a written statement Monday. “Our teams have done an excellent job by completing the project well in line with our client’s schedule.”

SBM converted the Liza Destiny – originally a very large crude carrier – into an FPSO at the Keppel shipyard in Singapore. The vessel reached Guyana four months ago.

77彩票注册官网“The delivery time from the engineering study phase until first oil, three years, is impressive and a clear testimony of our capabilities and industry-leading experience,” concluded Chabas. “We are looking forward to further generating value for our client ExxonMobil and in particular with respect to making a contribution towards Guyana becoming a significant oil-producing country.”

Rudolf Huber  |  December 28, 2019
I remember when Ghana was on the precipice of becoming an oil producer. I was in Accra at the time and met with officials there. When we spoke about flaring in Africa I was assured by them that Ghana would not make the mistakes of others in Africa. Of course, they still did and the flares went up. I sincerely hope that Guyana manages to avoid some of the most egregious mistakes made in other Latin American countries. I don't hold my breath though.
Kevin Lobo  |  December 28, 2019
That area belongs to Venezuela!!
Ian bardon  |  December 28, 2019
Exonn will have tendered for the block in the first instance, they not free. There will be a PSA in place returning a fair % back to the Country.
Barbara Churchill  |  December 25, 2019
Nope, just another foriegn Co, exploiting guyanas' natural resources
RELATED COMPANIES
Company: Exxon Mobil Corporation more info
Company: Hess Corporation more info
Company: CNOOC more info