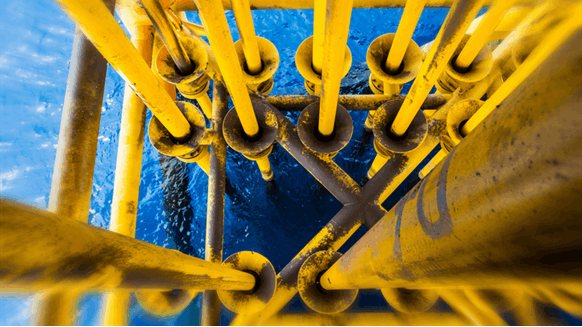 Friday, January 24, 2020 Oil is heading for the longest run of weekly losses since May on fears China's coronavirus outbreak may dent demand amid plentiful global supplies.

Friday, January 24, 2020 While SARS was an extreme event, the oil demand implications proved transitory, according to Standard Chartered.


Ammonia-Fueled Supply Vessel on the Drawing Board

Friday, January 24, 2020 Equinor announced Thursday that the world's first carbon-free ammonia-fueled supply vessel is on the drawing board.


Alarm Over Virus Pushing Down Oil

Thursday, January 23, 2020 Oil extended declines from the lowest close in seven weeks on speculation China's coronavirus outbreak may dent demand as the market tackles a glut of global crude supplies.

Wednesday, January 22, 2020 All of McDermott's businesses are expected to continue to operate as normal for the duration of its recently announced restructuring, the company has confirmed.

Wednesday, January 22, 2020 The bosses of some of the world's biggest oil companies discussed adopting much more ambitious carbon targets at a closed-door meeting in Davos on Wednesday.

Tuesday, January 21, 2020 Oil fell below $65 a barrel as ample global supplies offset the loss of exports from Libya.

Tuesday, January 21, 2020 TechnipFMC has announced that its planned transaction to separate into two companies is 'well on track' for completion in the first half of 2020.

Tuesday, January 21, 2020 The board of BP announced Tuesday that its chief financial officer, Brian Gilvary, has decided to retire from the company and step down from the BP board on June 30.


2020 Off to Rocky Start for Refiners

Tuesday, January 21, 2020 Though less than a month in, the new year has been difficult for oil refiners.

Monday, January 20, 2020 An obscure part of the global marine-fuel market, once viewed as having little value for most shippers, is about to have its day.

Monday, January 20, 2020 Global exploration is poised for an upswing as operators flock to licensing rounds, according to Rystad Energy.

Monday, January 20, 2020 Saipem reported Monday that it has signed a license agreement to test a new technology for the disposal and reuse of plastics.

Monday, January 20, 2020 OPEC and its allied producers might be cutting output, but incremental non-OPEC production and demand doubts are likely to prevent oil benchmarks from overshooting current trading ranges.

Monday, January 20, 2020 Oil pares gains after rising to the highest in more than a week as projections of plentiful world supplies countered concern about disruptions in Iraq and Libya.

Friday, January 17, 2020 Oil is headed for a weekly drop amid persistent demand concerns.

Friday, January 17, 2020 BP announced this week that the first exploration well was spudded on the Shafag-Asiman offshore block in the Azerbaijan sector of the Caspian Sea.

Friday, January 17, 2020 WTI and Brent crude oil futures posted small gains Friday but are down slightly for the week.

Thursday, January 16, 2020 The API, WoodMac and Stenn Group give their reaction to the phase one trade deal.

Thursday, January 16, 2020 Some of the world's largest oil and gas companies are shelling out more to their shareholders than they can afford, according to a new report.


Microsoft to Invest $1B to Help Reduce Carbon Footprint

Thursday, January 16, 2020 Microsoft unveiled plans to invest $1 billion to back companies and organizations working on technologies to remove or reduce carbon from the earth's atmosphere.

Thursday, January 16, 2020 Oil rose to the most in more than a week as the preliminary trade truce between the U.S. and China fanned optimism about economic growth.

Wednesday, January 15, 2020 Telltale signs have emerged that we are entering a new offshore investment cycle, according to Rystad Energy.


China to Buy $52B of Additional US Energy Products

Wednesday, January 15, 2020 Oil erased some of the losses that followed the U.S. inventory report after the U.S. and China inked the first phase of a broader trade pact on Wednesday.

Tuesday, January 14, 2020 Energy stocks are cheap among S&P 500 peers, and there's already plenty of bad news baked into the sector, according to David Rosenberg.

Monday, January 13, 2020 Oil was steady after the biggest weekly drop since July as an easing of geopolitical tension in the Middle East turned attention back to a flood of new supply set to hit the market this year.

Friday, January 10, 2020 Oil headed for its first weekly loss since November as fears over a U.S.-Iranian war receded, easing concern of a potential supply disruption in the Middle East.

Friday, January 10, 2020 Supplies to the global oil market have risen for three consecutive weeks, according to EIU.

Thursday, January 09, 2020 Oil companies are recruiting a different type of worker and in larger numbers.

Thursday, January 09, 2020 Just shy of $100 a barrel - that's the asking price for a type of crude that's become prized thanks to the scramble for cleaner-burning fuels.


The US Still Needs Some Middle East Oil

Thursday, January 09, 2020 President Donald Trump said during an address from the White House Wednesday that the U.S. no longer needs oil from the Middle East, but American refineries still use the kind of oil that region produces.

Find More Articles with an Advanced 77彩票注册官网
The results on this page are limited to showing the 50 most recent articles for this category, region, and date range combination.For more articles, please perform an Advanced Article 77彩票注册官网.


Most Popular Articles
Focus On: Discoveries
Oil and gas prices